Ed Steck is a poet with an interest in how poetry can make its self aware within other forms of writing, such as technical writing, science fiction, artists books, and eco-criticism. His writing addresses the speculative long-term technological impacts of humanity in a post-anthropocene world. He holds an MFA in Creative Writing degree from Bard College and an MLIS degree from the University of South Florida. He is the author of David Horvitz: Newly Found Bas Jan Ader Film (1708 Gallery, 2021), An Interface for a Fractal Landscape (2019), Far Rainbow (Make Now Books, 2016), The Garden: Synthetic Environment for Analysis and Simulation (2013), and others. He is the recipient of grants from the Greater Pittsburgh Arts Council, Heinz Endowment, and The Fund for Poetry. His work has been exhibited and performed both nationally and internationally, including at MOCA in LA and High Desert Test Sites. 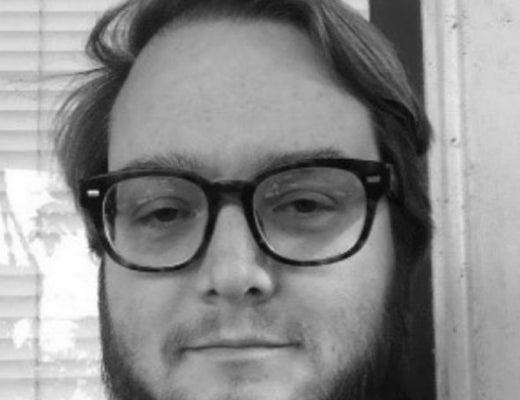