In 2020, Cindy Skrzycki retired as a Senior Lecturer. She joined the English department in 2004 and, in a very short period of time (and in a time of crisis), gave new life, vision, and direction to our undergraduate program in journalism. 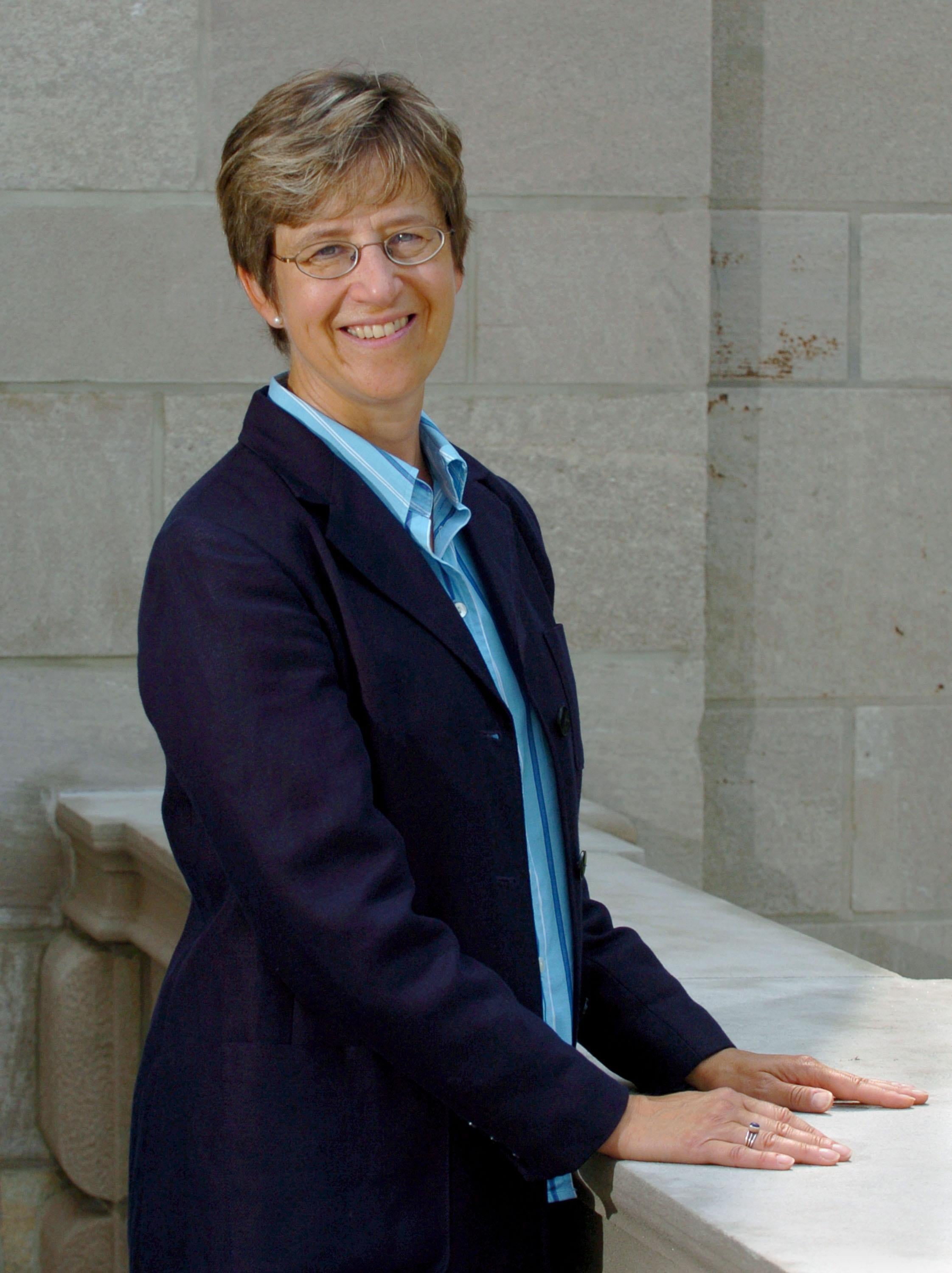 Cindy is a brilliant classroom teacher. She won a 2017 Chancellor’s Award for Teaching, the 2012 Tina & David Bellet Teaching Excellence Award, and, in April 2019, she received the University Honors College Faculty Fellow Award for contributions and commitment to the Honors College. But in these brief remarks, I want to focus on her broad contributions to the English department, to the School of Arts and Sciences, and to the University community.

Ours is a department with a long history of dedication to the teaching of writing, including journalism. We have one of the oldest writing programs in the country, second only to the University of Iowa. We started teaching journalism in the 1940s. In the mid-1970s, journalism in our department began to take a back seat to Creative Nonfiction (or Literary Nonfiction), and by the time that I became chair, we had no full-time faculty member associated with the newspaper side of the curriculum, no one with a national reach to sponsor students with an interest in the field.

When I became department chair, one of my goals was to review and revive the journalism program. And, while I was able to provide some oversight to the curriculum, I was pretty much at a loss for how to produce any kind of meaningful change. That is, I was at a loss until I met Cindy, who had just moved to Pittsburgh. Although she had not been an academic, she had a deep interest in and respect for the academy, and, when I began to talk with her about my concerns, I was immediately impressed.

She said that we needed fewer courses in sequence and more hands-on training opportunities; we needed to improve the student newspaper and the work of its editors with young writers; we needed to vastly increase the internship opportunities for our students; and we needed to raise the profile of journalism on our campus. While we had a regular series of lectures and readings sponsored by our literature, film, and creative writing faculty, we had nothing on the calendar to represent the key figures and issues in contemporary American journalism.

In the time that she was here, she dramatically transformed our journalism program; most importantly, she became an inspiration for some of our very best students and prepared them to win internships (and jobs) with major news outlets across the country—in Atlanta, Washington, Boston, and New York.  In my 45-plus years in this department, no one had so dramatically changed the culture on our campus, no one had done as much for our students in so short a period of time. Let me try to give you a brief account.

She taught across the range of the curriculum, from our introductory course in nonfiction to intensive reporting (an advanced course) to a course on women in journalism and a very popular honors-level seminar on “Great Modern Journalists: First Drafters of History,” a course in which students have had a chance to meet and be in extended conversation with leading journalists—Ben Bradlee and Seymour Hersh, for example. Cindy helped to redesign the introductory course; she led a difficult review and revision of the curriculum, and she took over an advanced course we offer to the senior staff at The Pitt News, our independent campus newspaper. She also played a key role on The Pitt News advisory board. In a word, she made it clear that a journalism program could not thrive without full-time faculty.

Her general principle in teaching was that good students will be inspired by good writing and serious reporting. What they need to learn as writers, they will learn through their commitment to a project and a genre. She assigned challenging projects, she was a demanding editor, and she provided excellent role models. With her guidance, we redefined the curriculum so that it no longer simply represented a writer’s education as a discrete set of skills to be learned sequentially—Journalism 1, Journalism 2, Journalism 3. These changes made our journalism courses much more demanding, and because of these challenges, more exciting places to be—more exciting for teachers as well as students.

But I haven’t even gotten to Cindy’s most important and impressive achievements. Her argument from the beginning was that students learn on the job and that our primary concern should be to secure good internship opportunities and to increase the numbers of ambitious students taking advantage of them. Our best students seldom looked toward journalism as a profession, and the best of those who did seldom looked beyond the opportunities in Western Pennsylvania. Cindy provided the encouragement and mentoring to enable students to win internships with major national news providers—for example, Time magazine, CNN, NPR, CBS, Bloomberg News, The Los Angeles Times, The Denver Post, The Minneapolis Star-Tribune, The New Republic, National Geographic, Pittsburgh Magazine, and The Pittsburgh Post-Gazette. Many have gone on to distinguished young careers at national and regional news organizations.

Cindy organized and led an annual internship event—the last I attended featured Michael Dukakis as the keynote speaker.  We invited editors from leading daily newspapers, professionals in other media-related businesses, as well as key people from local news—print, radio, and TV—and our own grads who were working in the industry. We ask them to speak with students about their own professional formation, how to get an internship, and about how they made the transition from an undergraduate campus to their first job. And we ask them to stay and speak informally with our students. Many of the students who stayed to chat ended up landing internships at those organizations. When I took over as chair, these events drew 20–30 students; when I left the chair’s office in 2009, they drew 150.

To support our students, Cindy secured a dedicated paid internship with our local morning paper, the Post-Gazette, for students working on The Pitt News. A number of those students were hired by the paper. She arranged a mentoring program, so that members of the school newspaper staff could spend a day paired with writers and editors in the Post-Gazette newsroom. Most significantly, however, Cindy sought out contacts in the local funding community, and she played the key role in our winning a renewable grant from the Heinz Endowments to support student internships.

Cindy learned early on that many of our students couldn’t accept summer internships because they needed a summer job to help pay for fall tuition. With the Heinz Endowments funding, she was able to provide stipends for students who won unpaid internships. She learned, as well, that students (and their families) couldn’t afford to accept internships in major urban centers (New York, Boston, Chicago, Washington), even with a stipend, so she applied for and received funds to provide living expenses. This was a game changer. Cindy provided courage and ambition and opportunity to students who would otherwise have settled for less; she has enabled careers and these careers have inspired others. This has dramatically changed the profile of journalism, including student journalism, on our campus.

As I noted earlier, Cindy recognized that contemporary American journalism needed to be as prominent on our academic calendar as contemporary American film or contemporary American fiction or recent scholarship on Faulkner. She has brought an impressive list of writers and editors to speak on campus and to spend informal time with students.  Let me give just a brief list: Ben Bradlee, Anne Kornblut, and Dan Balz, of The Washington Post; Seymour Hersh, Pulitzer Prize winning journalist; Erik Brady, national sportswriter for USA Today; Jill Zuckman, former national political correspondent for The Chicago Tribune; Martin Kaiser, prizewinning former editor of The Milwaukee Journal Sentinel; Jerry Seib, executive Washington editor for The Wall Street Journal; and Steve Roberts of The New York Times.

With our Honors College, Cindy created, organized and sponsored an annual panel discussion on contemporary journalism. This drew impressive crowds of students; it also drew substantial attendance from the Pittsburgh community. The audience often included our Chancellor and Provost. It became one of the significant events of the year.

One year, for example, the topic was “The Future of Journalism and Democracy,” with a panel comprised of Chad Hermann, then-editorial director at Carbolic Smoke Ball; Meg Martin, online editor for The Roanoke Times; Jay Rosen, journalism professor at New York University; and the late Jon Wolman, editor and publisher of The Detroit News. Another year, about 200 gathered in an audience to hear four remarkable female foreign correspondents, all speaking about demanding and dangerous assignments: Christine Spolar, a senior editor at Huffington Post who covered conflicts in Bosnia, Iraq, Lebanon, and Israel for The Washington Post and The Chicago Tribune; Firle Davies, who covers sub-Sahara Africa for the BBC; Nadia Trinidad, a television journalist in the Philippines, now senior political correspondent for ABS-CBN in Manila; and Tara Mahtafar, a young Iranian journalist who was then managing editor of PBS’s Frontline Tehran bureau. A Watergate panel, marking 40 years after the event, included a former Watergate prosecutor, a Washington Post reporter, and the former director of the Nixon Library, as well as a Nixon operative who played a role in The Pentagon Papers.

Because of Cindy Skrzycki, some of our very best students are once again looking to journalism as a way of imagining a professional life. The campus is aware of the changes in the media landscape and of the best—and the necessary— that is happening in contemporary American journalism. She leaves a remarkable legacy. Very few individuals, in my experience, have produced such important and profound changes on our campus in such a short period of time.

David Bartholomae is emeritus professor of English and Charles Crow Chair. Upon his retirement,T5F featured him here.