Jane Feuer was a professor of English and film studies. She retired in 2017. Her main areas of interest are popular culture, television, and cultural studies.  She is currently writing a book on quality television drama. 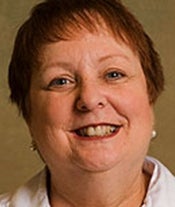 Read Julie Nakama's tribute to Jane in The Fifth Floor.

She can be contacted at scorpio@pitt.edu.

Seeing Through the Eighties: Television and Reaganism