“If this is all we get, then let's take it. I want to be fearless and free," she says, giving me a look, daring me. "It's just life, Will. It'll be over before we know it.” –Rachael Lippincott, Five Feet Apart 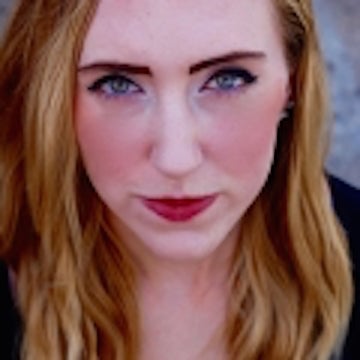 One of the elements paramount to student learning is their relationship with their educators. When students receive the attention, guidance, and opportunities that a good professor has to offer, their abilities and talents can blossom. It is the goal, after all, for professors to someday become your peers—a goal that is embodied by recent Pitt English graduate Rachael Lippincott and instructor Siobhan Vivian. Lippincott met Vivian, a New York Times Best-Selling novelist, while enrolled in Vivian's course, Writing Youth Literature. There, Vivian introduced Lippincott to a host of new opportunities—most notably, the opportunity to write a novel based on the recent film Five Feet Apart.

Five Feet Apart follows Stella, a teenager with cystic fibrosis, as she falls in love with a boy named Will. As a consequence of her disease, she is on the waitlist for a lung transplant and, to avoid contagion, cannot have physical contact with any other person.  But, as her feelings for Will begin to intensify, she struggles with this rule, facing the temptation of attraction while dealing with a vicious disease. Five Feet Apart was released on November 20, 2018. Lippincott's book, which she wrote in consultation with the film's screenwriters Mikki Daughtry and Tobias Iaconis, was released early this year.

So, how does one go from pre-med undergrad to Simon and Schuster novelist so quickly? With a little help from their friends, of course.

Sarah Tomko: So, correct me if I’m wrong, but you were pre-med until your sophomore year?

Rachael Lippinott: Probably even past that. I transferred to Pitt my sophomore year thinking that I was going to be pre-med and do science, and I stuck with that for about a year. Then, I took Siobhan’s class as a gen-ed, and she was awesome, and I thought, “Okay, we’ll see how this goes.” I always loved writing, but once I took Siobhan’s class and had my first piece workshopped, everything felt so motivating. Siobhan is the ultimate hype-man. The next semester, I’d signed up for all these chemistry classes, and Writing Youth Literature 2, of course. I had this moment where I was walking on a cold, January day in Pittsburgh and I was blinking away tears, because of the cold, but also, like—am I crying a little? And I was thinking, “What am I doing?” So, I unenrolled from all of my science classes. I’ll always remember the feeling of relief after that. It was definitely a defining moment.

ST: How did working with Siobhan affect your academic and professional career? 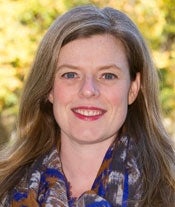 RL: Oh, my gosh. Well, academically, as noted, it changed everything. As for a professional career, I definitely wouldn’t have gotten this opportunity. I think it would’ve taken me a lot longer to get the guts to sit down and write a story, and especially to start querying agents. I owe her a tremendous amount.

Sarah Tomko: I know a lot of people get frightened at the thought of a blank, white page. Do you have any advice for people in Rachael’s position, who really want to write but are still working up the courage?

Siobhan Vivian: Yes, I mean, you have to find the courage, or it’s not going to happen for you. When you pose the question that way, if you really do want to write, the only thing that’s stopping you is you. And if the thought is that “maybe I will never do this thing” and that makes you kind of bummed, then you have to put whatever fears you have aside. There’s really nothing lost with spending the time to see what you can create.

ST: What about Rachael do you think made her a good candidate for this opportunity to write Five Feet Apart?

SV: Well, Writing Youth Literature is a grueling course. It’s a lot of weekly production of words. You have to be nimble. The point of the course is to get something down on the page ... and a lot people have trouble doing that. But Rachael is such a hard worker, and every week she came prepared with writing that was really good, even on her first drafts. She has a wonderful blend of funny and heartfelt, and her voice is so special and effortless. So when the opportunity came up, she was the first person I thought of.

Sarah Tomko: Do you have any sort of writing process that helps you?

Rachael Lippincott: After this book, I really do. I’m pretty Type A; regimens and schedules equal success to me. I think for a while, I wrote by the seat of my pants, thinking, “This is good. This is fine,” and then I’d get 30,000 words in and wonder what was going on. I really noticed, with the deadline that I was working off of for Five Feet Apart, that I really do flourish when I set some sort of schedule. I set the amount of pages I have to finish for each day and week, and plot out as much as I can before I begin so that the story doesn’t explode into nothingness.

ST: What is the publishing process for a book like this? 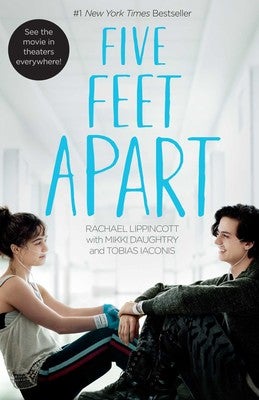 RL: I feel like normally, in the publishing world, you write something and then start querying agents, and the agent helps to find a publishing house. For this particular project, it was an intellectual property. They were looking for someone to write the story, so it worked a little backwards. Siobhan told me about the opportunity, and I read the screenplay and wrote a first chapter. Then, they selected me for this process, got an agent, and it was published.

ST: What was your reaction when you found out you had been selected to write Five Feet Apart?

RL: I sobbed. Hysterically. I remember, I kept refreshing my e-mail, and it was sort of like hearing back from colleges. I think I actually called Siobhan before my mom.

ST: That’s adorable. Siobhan, would you, at this point, consider Rachael a peer, rather than a student?

SV: Oh, absolutely. I taught Rachael for two classes, and she was a TA of mine, and while I still have wisdom about the business that I’d like to share, that is part of a colleague-to-colleague relationship. She has crossed the threshold. I’m just so proud of all of her achievements, and now, she’ll get to have a career that she loves, and nothing makes me happier than that.

Sarah Tomko, associate editor at T5F, is a junior Public and Professional Writing and English (Fiction) Writing major, with a minor in Relgious Studies.