Marianne Novy, a professor emerita, joined the English Department in 1971. She has taught Shakespeare courses on many different levels and with many different emphases as well as Renaissance in England and Early 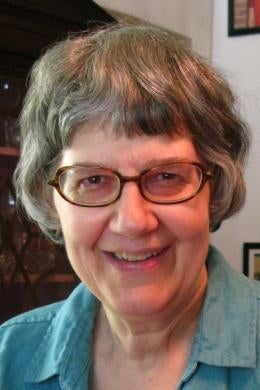 Modern Literatures in English. She developed many new courses, including Women Novelists, Contemporary American Women Writers, Women and Drama, Literature of Adoption, and Changing Families in Literature. From 1994-96 she directed the Women's Studies Program (now the Gender, Sexuality, and Women's Studies Program), and she served on its steering committee from the mid-seventies until her retirement. She discusses her experience with the program in a GSWS article. In November 2019 the program gave her its first Iris Marion Young Special Award for Lifetime Achievement in Social Justice.

With Ogle Duff, she developed Pitt's Diversity Seminar, which from 1995 until 2013 helped groups of faculty use two weeks in May to make their courses more inclusive in content and dynamics. In 2000 they and later directors of the seminar received the Chancellor's Diversity Award. She also chaired the English department¹s Pedagogy and Diversity Committee between 1996 and 2006.

Marianne has been a Trustee of the Shakespeare Association of America and  a representative from both  Shakespeare studies and the Middle Atlantic region at the Modern Language Association Delegate Assembly. She is also a member of the Pitt AAUP,  represented the Humanities on the University Senate, and served on the Senate Tenure and Academic Freedom Committee.

Marianne has long been trying to improve the general  and scholarly understanding of adoption. In 1999 she co-founded the Alliance for the Study of Adoption and Culture (ASAC)—the only organization studying adoption including the humanities—first having sessions at the MLA conventions and then, starting in 2005, its own biennial conference.

After arranging a conference of ASAC at Pitt in 2007, she started the Pittsburgh Consortium for Adoption Studies. This organization has brought together faculty and students from Pitt, CMU, Duquesne, Carlow, and elsewhere to hear speakers and see films. Some of the speakers have been Ann Fessler, showing her film A Girl Like Her about birthmothers from the end of World War 2 to the 1970s, Elizabeth Samuels, co-sponsored with the law school to discuss the sealing of adoptees' birth certificates, and Jackie Kay and Deann Borshay Liem, portraying in poetry and film respectively what they experienced as transracial and transnational adoptees.

Most recently, together with a pediatrician, Sarah Springer, and a few visitors, she has several times taught a course on adoption and foster care to Pitt medical students.
Marianne’s most recent book is Shakespeare and Feminist Theory, now out in paperback from Bloomsbury/Arden. For an interview in which she discusses the development of feminist Shakespeare criticism, click here.
Marianne retired in August 2016. Read an interview with her on the occasion of her retirement in The Fifth Floor.

Since retirement, Marianne has published “Transcultural Adoption Literature for Pediatricians and Parents,” Adoption & Culture 6.1 (2018),135-61; “Teaching ‘Changing Families’ to Get Adoption Into the Curriculum,” Adoption & Culture 7.1 (2019),  43-66,  and “Class, Shame, and Identity in Memoirs about Difficult Same-Race Adoptions by Jeremy Harding and Lori Jakiela,” Genealogy 2, no. 3 (2018).  She has taught two Osher courses, “Shakespeare’s Outsiders: Lear and Othello” at CMU, and “Adoption: Inside Stories,” at Pitt.

Marianne is working on a book on adoption memoirs by birthmothers, adoptive parents, and adoptees.  She can be reached at mnovy@pitt.edu.

Reading Adoption: Family and Difference in Fiction and Drama. University of Michigan Press, 2007

Engaging with Shakespeare: Responses of George Eliot and Other Women Novelists. University Of Iowa Press, 1998

Women's Re-Visions of Shakespeare: On the Responses of Dickinson, Woolf, Rich, H.D., George Eliot, and Others (edited). University of Illinois Press, 1990